How Far Crohn Are You?

I’ve had a busy couple of weeks. I’ve turned 30, threw a super fun 80’s party, worked a ridiculous amount of overtime and got a shiny new ball of terror (kitten). There’s been good news and bad news, happiness and sadness. Fun is always a little peppered with glum. It’s not ideal but its life.


But what of those who live solely in the glum every day? I’ve noticed lately that I’ve become a little distant from the Crohn’s ‘community’ – Twitter, Facebook, etc. Not through choice of course, but I’ve noticed I’ve been losing Twitter followers and finding those of my circle with Crohn’s tend not to engage with me unless it’s related to our disease. Now you might think this is to be expected as the reason these people are following me in the first place is due to us having the illness in common; or perhaps because they’ve taken the time to read my blog. However I imagine it would be horrifically mind-numbing if I were to post every tweet and every update about my life with Crohn’s Disease. I personally can’t think of anything worse.


Social networking is an amazing outlet for people living with chronic illness, and specifically those affected with conditions making it almost impossible for them to leave their home. It can be a life line and a wonderful way to develop friendships and build a support network. For those reasons and more I would never bad mouth these methods of support. However I do feel it can often be used negatively which ends up doing more harm than good.


When I was first diagnosed with Crohn’s I scoffed at the very idea of speaking to anyone with the same illness as myself. The mere thought of it seemed abhorrent to me. I’m not entirely sure why this was; I think I was mainly in denial that anything was wrong with me in the first place. It’s a pretty strange feeling to explain to someone who has never experienced such a diagnosis. It was easier for me to attempt to focus purely on getting out of hospital and not really thinking much further beyond that.  It was too hard to deal with the idea I wasn’t ever getting better. At least that’s how I felt at the time. Reverse rose-tinted spectacles if you like.


Those who use social networking as a support network or community, (and I would consider myself amongst them) have often vastly different expectations. Many assume simply because someone else has the same condition that it instantly establishes a bond. In my opinion this is not the case. Don’t misconstrue what I mean by this; I am more than happy to help anyone in any way I can; offer advice, a listening ear, a virtual shoulder to cry on, or a giggle if at all possible. But Crohn’s and all its foibles and various difficulties are only a PART of my life. Crohn’s is not, and never will be, all I am.
If that means I am somehow in the wrong for not devoting more of my time to it then so be it – everyone is entitled to their opinion and mine’s is just as valid as the next diseased person. I like to think it’s possible to dip in and out of a community without being reprimanded or frowned upon for such an activity. I don’t think it’s particularly ‘healthy’ for people struggling with health issues to spend all day every day talking, tweeting and posting about their woes. I know this because I’ve done it. Many times! I’ve been lonely in hospital and bored in bed with a sick bowl, but on the few occasions I’ve told the world and its wife about it, I’ve just felt a wee bit daft and a big bit pitiful. So when I feel that way I tend to stay away from my phone, or write a blog. And often not go on to publish it until I’ve read it back post-drug-fuelled-pain-haze. 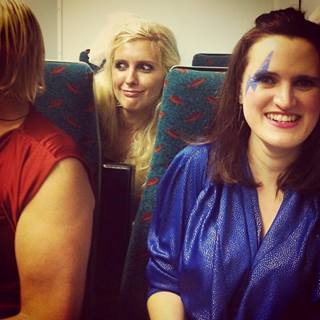 When in the midst of a pretty nasty flare-up recently, someone said, by way of offering comfort, that I should remember 'there is always someone worse off than yourself'.
Maybe surprisingly I don't take that as a comfort and am always slightly baffled by the phrase itself and the insinuations that go along with it.
Personally, I know that when i'm ill, I try to remind myself that there are people out there suffering much more than me; not because it makes me feel better about myself, in a smug competitive suffering sort of way; but because it brings home how lucky I am to have Crohn's and not something much worse.
I can't for the life of me understand why anyone would relish the prospect of another human being enduring more pain and suffering than them just because it makes them feel better about what they are going through. It's childish in my eyes. It reminds me of the playground and how petty arguments were started because one pupil had a better pencil sharpener than another.
There appears to be a strange class-system in the world of chronic illness. Some people love to tell you how much time they have spent in hospital or how many surgeries or procedures they've had to endure. Like a warped game of Top Trumps. Where really there are no winners.
Of course this attitude is common, but thankfully I've encountered more of the other end of the spectrum, where people just want to help, advise, and care for others, not pummel them into oblivion with their woes until they submit and admit you are indeed the sickest person in the room. 'I see your flare-up and raise you a bowel obstruction!' Congrats!
Ideally, if I could, I'd love to follow in Michael Jackson's footsteps and heal the world, make it a better place, etc. Although he seemed to go slightly awry with that plan..
But in reality all I can take are minuscule steps to try and help people understand that we are all in it together. I know that people look at me and often think 'thank god I don't have that..' but I know that some are also filled with a bizarre envy, seemingly under some false pretence that as Crohn's patients we get special treatment. There are no immediate 'benefits' to living with chronic illness, no red carpet at the hospital door and no gold credit card for the vending machines; we might be back and forward to doctors and consultants more often than most but that's because we need to ensure we manage our illnesses as effectively as we can. It's tiring. It's not to get time off work, skive or get sickly brownie points or pity, because on the whole that is the last thing we want. Most of us want to live as normal a life as possible, under abnormal circumstances.
If you are reading this and in disagreement with everything I've written then it's possible you need to take a look at your attitude towards your condition before it overwhelms everything else in your life. Try to look at the world as a place where we try to lend a hand to someone on need, not show them how your hand is on much worse condition than theirs. Trump them with kindness. 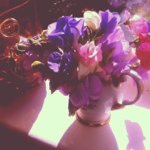 The Underdog Days are Over

It’s August. One of my favourite months of the year. My favourite is December, since you ask, because that’s when there’s snow everywhere  (and the country almost comes to a standstill), we give each other lovely presents (and end up in financial ruin in January) and I get to make use of the part of my wardrobe I’m most comfortable with;  JUMPERS. LOTS OF JUMPERS. Some jumpers ON TOP OF other jumpers. Bliss.


But I digress. August is a great month for me as its slap bang in the middle of summer, although we in Scotland take a quite different slant to traditional summer (5wks of rain and 2 where we raid the sun lotion shelves like there is an apocalypse coming. And it’ll be HOT when it comes). It’s the month of my birthday, my Mum’s birthday, my partners’ Mum’s birthday and several other close family members and friends. It’s pretty much a whole month of celebrations for me. There’s always something happening and it’s always lovely.


August was also an important month for me back in 2010. It was the month I was told I had Crohn’s Disease. It felt for a while like the worst moment of my life and that my future looked beyond bleak. I know now, that it was the beginning of a major challenge and huge chapter in my life. I say ‘chapter’ but a life-long disease is more of an on-going story. Or blog, if you will. Sometimes it has things to say and bile to spout, sometimes it tries to take an undignified stance and rule the roost, but mostly it just likes to remind me on a daily basis how it can control me with the simple click of a diseased finger.


August 2010 was also 2 months before my partner and I moved into our first proper home together, and 5months before I had life-saving surgery. It should have been one of the most stressful times of my life. Instead it was one of the most exhilarating. Don’t get me wrong, after my diagnosis I wept and wailed at my freedom seemingly being taken away from me, I was terrified of what lay ahead and had moments of utter despair and hopelessness. But I also endured. I didn’t fall to pieces, I didn’t push people away and I got through it. Like I now know I always will.


That August and the few months following were probably the hardest in my life but they are engrained in my internal history book as defining moments in my life. Ones that helped turn me from a scaredy-cat who was frightened of so much as a needle in her arm to one who has the confidence to face a surgery which may well have left me without major parts of my anatomy. I’m not looking for praise or a round of applause; I’m just proud of myself and will continue to remember that time as one that proved what I was capable of. If I ever feel weak and pathetic or that I’m letting my disease better me, I remind myself I’ve coped with a lot worse.


And that August will always come back around. 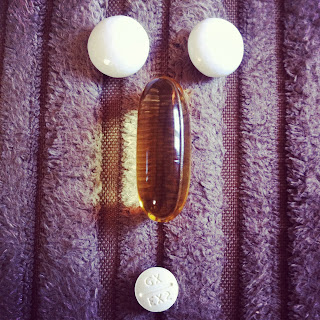 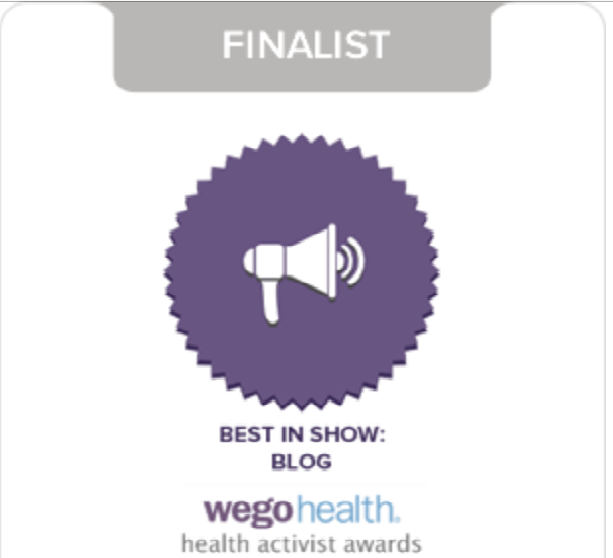 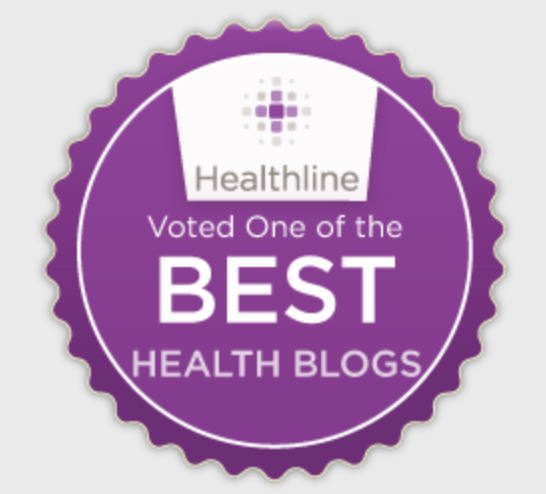